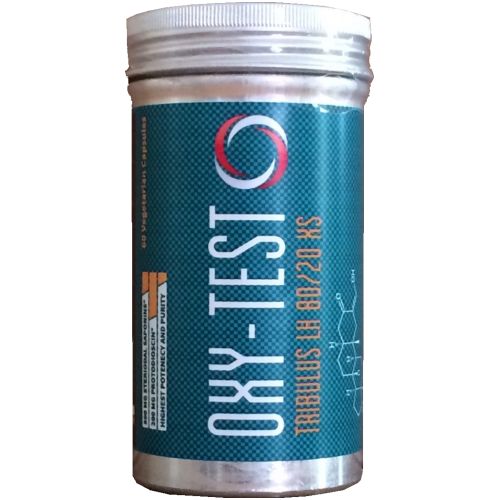 Oxy-Test is a natural herbal testosterone booster containing Tribulus LH 80/20 XS which is an extremely potent extract of Tribulus Terrestis from a specific part of the plant which contains the biologically active saponins and protdioscin.

Black Labz Oxy-Test purified and concentrated form of Tribulus has been researched heavily over the years and findings from some of these include:

Tribulus has mainly been used as an herbal testosterone booster, or included in formulations to promote increased muscle mass or strength. For example, when researchers from Lithuania recently provided athletes 625 milligrams of a 40%-saponin-containing Tribulus three times per day for 20 days, they reported that circulating testosterone increased significantly during the first 10 days of the experiment. However, it peaked at the 10 day point and didn't rise any further for the remainder of the study.

If Tribulus does affect testosterone levels, it might do so by increasing luteinizing hormone (LH) or follicle-stimulating hormone (FSH). Another explanation to any rise in testosterone could be that it happens as a secondary response to Tribulus' ability to significantly reduce blood glucose.

Take 1 capsule twice daily 30 minutes prior to eating, and on an empty stomach, with a 250ml of water.