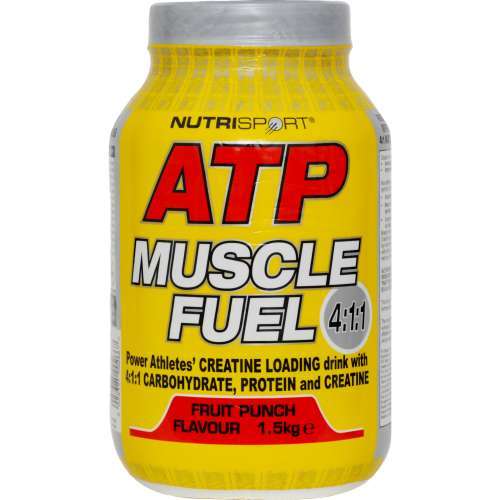 Boost energy and strength levels with this creatine and carb mixture designed to increase insulin levels for faster absorbtion and leave you energised for your training sessions.

Creatine is a powerful sports supplement but is hindered by its unfortunate lack of absorption. A large majority of creatine monohydrate can convert to creatinine which is a waste product of the kidneys and has near no use in the body. As a result, your creatine monohydrate supplement isn't working as effectively as it could be, wasting creatine powder itself and of course your hard earned money.

Nutrisport ATP muscle fuel is a creatine transporter that will solve this problem of inefficient uptake allowing you to fully utilise the 6g of creatine monohydrate per serving!

However larger muscle mass is not the only thing ATP muscle fuel can do for you. Improvements in strength, energy levels and recovery will all be experienced by this highly effective creatine monohydrate transporter.

How to Use ATP Muscle Fuel